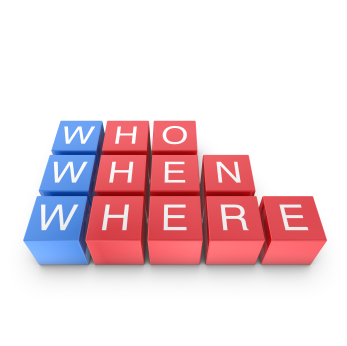 Don’t Forget To Tag Your Music!

When was the last time you received a burned-cd from one of your friends and tried ripping it on your computer only to discover that none of the tracks on the CD had titles or listed the name of the artist? This is an indicator that those tracks were lacking metadata.

“Most SoundCloud users find music channels through search results, so optimizing your tracks for discovery is key. When you upload a new track, make sure you’ve got all your metadata working for you.” – SoundCloud

Metadata is “information about information” and it is one of the really useful features of digital audio files. When audio went from analogue to digital, it became possible to label or encode audio files with more information than could be contained in just the file name. That descriptive information is called “metadata”.

Metadata can be used to name, describe, catalogue and indicate ownership or copyright for a digital audio file, and its presence makes it much easier to locate a specific audio file within a group – through use of a search engine that accesses the metadata. As different digital audio formats were developed, it was agreed that a standardized and specific location would be set aside within the digital files where this information could be stored.

As a result, almost all digital audio formats, including mp3, broadcast wav and AIFF files, have similar standardized locations that can be populated with metadata.

CDs such as recordings of music will carry a layer of metadata about the recordings such as dates, artist, genre, copyright owner, etc. The metadata, not normally displayed by CD players, can be accessed and displayed by specialized music playback and/or editing applications.

The metadata for compressed and uncompressed digital music is often encoded in the ID3 tag.

ID3v2 is a tagging system that lets you put enriching and relevant information about your audio files within them. In more down to earth terms, ID3v2 is a chunk of data prepended to the binary audio data. Each ID3v2 tag holds one or more smaller chunks of information, called frames. These frames can contain any kind of information and data you could think of such as title, album, performer, website, lyrics, equalizer presets, pictures etc. The block scheme to the right is an example of how the layout of a typical ID3v2 tagged audio file may look like. – ID3.org

Why are ID3 tags so important?

Aside from relieving listeners from the arduous task of entering song titles and artist names one by one, it can also tells media outlets (radio, TV, satellite radio, streaming) who needs to get paid from the broadcast of a particular song.

How can ID3 tags be edited?

It’s usually a good idea to have your recording studio add the proper tags when they finish mastering your tracks. However, if they are not able to, you can download MP3TAG, and edit your ID3 tags at home. This program also allows you to batch edit numerous songs in one click.

What information should be included?

The most important information you should include when editing a song’s metadata would be:

As the digital music realm continues to grow it’s important that you add the proper metadata to your songs so that you can separate your music from the clutter, and allow your fans to find exactly what they are looking for without much effort.

If you have any suggestions or questions please comment below.

– The right way to tag everything in iTunes

– Get Your Damn Tags Right

– An Update On Tagging

– What is an IPI/CAE number?