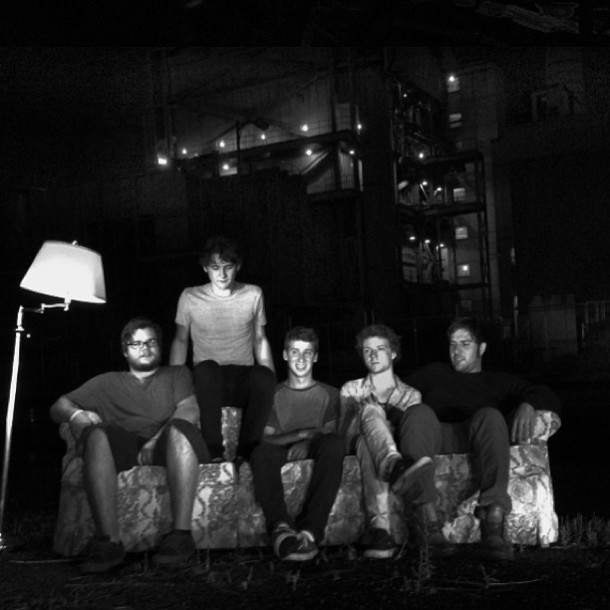 Up-and-coming indie rockers, A Band In Pictures, released their first full-length LP, Who Killed the Dinosaurs, at their sold out New Years Eve show at the Larimer Lounge. Well over a year in the making, their album was funded by the bands very gracious fans through a successful Kickstarter campaign. The first song on the album and the official single “Recess” is one of my personal favorites from the band to date and one that I can see getting the band some serious exposure.

The song starts out with Connor Birch’s very recognizable synth-line, reminiscent of late Animal Collective, that, along with the bass, played by Emerson Murphy, is the driving force behind the entire tune. Jake Supple, lead singer, takes the song to beautiful places with his melodious vocals and self-identifiable shrieks. His voice, drenched in reverb, reminds me a lot of Bradford Cox from Deerhunter. Add on top of this delay-heavy electric guitar from Noah Pfaff and complex, for the genre, drums from Nick Berlin and in my opinion you get one of the best songs to come out of Denver in the past year.

To clear up any confusion you might have, as of this month, the band changed their name slightly from Abandin Pictures to A Band In Pictures. I assume they were tired of explaining how to spell it. To check out more from these talented young guns, you can buy their new album at Twist and Shout and online in due time.