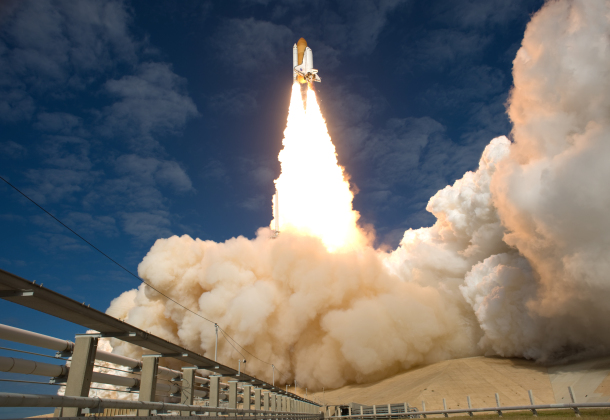 Being successful in the music industry in this day and age can no longer be left to chance. You can either take initiative and implement some new techniques for growing your fan-base or you can continue doing the same’ol stuff that has only gotten you as far as you are now. To help you out, we’ve put together a list of 5 things we are certain will garner you the results you’ve been vying for.

1. Send your music to music-blogs instead of just posting links on social media.

Time and time again we see artists drop a song or an entire project with the sole intention of relying on social media to spread it. This works only to an extent. However, the problem with this prosaic strategy is that they’re only sharing their music with the SAME people over and over. If you’re objective is to grow your fan-base, how do you expect to do that by marketing to the same group of people and through the same exact channel over and over? Artists need to submit their music to the gate keepers – the media. Which in the most simplest form are the countless music blogs and music publications across the web. These publications have an obligation to expose their audience to new and exceptional music. So take some time out of your day and compile a list of potential matches that you can submit your music to. Some will like it, some will not, but at least you made the effort. And at the end of the day you’ll have either lost time or gained a new fan.

2. Use social media to your advantage.

Social media is a means to connect and interact not a means to spam or act “stuck up”. We constantly see rappers spamming random people they don’t even know with the classic and oh-so annoying, “Check out my music [insert link here]” line. And when it comes to other artists, whoever is in control of the social media accounts seem to be the most introverted or arrogant people on the web. They only reply and interact with people they know and hardly ever make an attempt to interact with their fans or just random people who follow/like their accounts. Both of these examples are beyond logic or at least beyond the conventions of pragmatism. You can literally make a new fan and even a new friend by reaching out to people on social media in a practical fashion. Interact! Don’t just spam strangers with links to your music. That’s the most annoying thing you can do, in fact our social media manager is instructed to ignore those uninvited music links. And for everyone else, if you’re not famous and receiving more tweets and comments than you can handle, how do you justify not leveraging social media to your advantage? How do you justify treating fans or strangers as if they’re not worthy of a reply? Why does your band even have a social media account if you’re not going to use it to connect with potential fans? Interact with people, show some interest in what they’re interested in at the moment and maybe later on, when you need a few RTs or are selling a CD those same people will remember how you’re not just a stranger, but rather someone they know and support.

Justin Bieber, Karmin, August Alsina, Iggy Alzaela, Tyler Ward – those are just a few names of people whose career took off thanks to YouTube. It’s no surprise that YouTube can take an artist’s career as viral as a video of a kid drugged up after leaving the dentist. We constantly tell people to record themselves singing or rapping a cover of a popular song and upload it to YouTube. Because of the way the internet works the video is likely to get thousands of views as it pops up in search results for people looking for that particular song. Regular people who’ve put in less work than up and coming artists/musicians have literally become rich and famous all because of a simple low-quality cover song and yet here you are wondering when you’re big break will come. Take initiative! You can’t knock this strategy until you’ve actually tried it and weighed the results.

We see tons of sponsored ads on Facebook ranging from apparel companies to upcoming events. Yet, we hardly ever see sponsored ads from musicians promoting their new songs, videos or albums. Why is that? Five dollars spent on Facebook ads can get your song or video in the eyes of 100s of people, which of those, a small percentage will actually click play. Just imagine if you spend one-hundred dollars or more. Facebook ads actually work, so why haven’t you utilized it? If your goal is to grow your fan-base, advertising on Facebook will expose your music to potentially thousands of people who some of which will like it so much that they’ll actually take the time to like your fan-page, browse your website, and maybe even sign up for your newsletter. The money you spend on Facebook advertising will pay off later down the road when those same people either buy a ticket to your next show or buy your next album.

Music publishers act as a liaison between musicians/record labels and corporate America. They’re the ones who can get your song into a blockbuster film, Ford commercial or a TV show, and in effect make you thousands of dollars. When a Hollywood film is being made they set aside a budget for the music that will go along with the film. The music directors in charge of this budget will usually reach out to the music publishers they have a relationship with and let them know what kind of song(s) they’re looking for. So, finding a well connected music publisher willing to sign you to a 50/50 deal could potentially mean not only being able to pay the bills, but also reaching an audience well outside your realm of influence. If you want to find out more about music publishing read THIS.

If you have any objections or ideas please comment below, and we’ll be happy to address them.