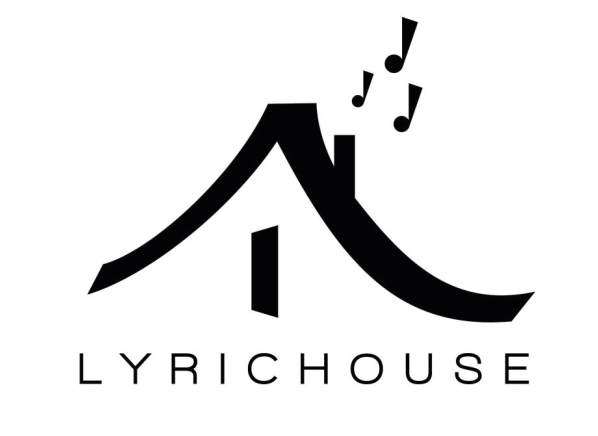 For those of us who are not very familiar with the many facets of the music business; Music publishing is often one of the most confusing aspects of the industry. In the print world, one might regard the act of “publishing” as taking a writers literary works, turning them into a full fledged book and making it available for distribution to retail outlets. Music publishing is somewhat similar- A songwriter transfers ownership of his or her song to a music publishing company which then goes about trying to monetize it through various channels.

However, it’s not that simple. Luckily we were fortunate to have a few questions answered about the business by the Founder and President of  Lyric House Publishing, Jessica Cole. Jessica, a Graduate of CU Denver is more knowledgeable on the subject than some of us might ever be. So if your’re a singer/songwriter who’s looking for another opportunity to get your music heard, as well as get a return on your investment then take a minute to find out how music publishing integrates in to the industry.

Also, if you have any questions on the matter, please leave them in the comment section below, and Ms. Cole will answer them at her her earliest convenience.

What made you decide to start a publishing company?

Jessica: It initially started with my personal songwriting and music business background. I
attended the University of Colorado at Denver for music business and was fortunate
enough to experience a great internship in Nashville. I loved the songwriting/music
community there in Nashville, it really sparked an interest in me to create something
similar in Denver. After moving back to Denver, this interest grew into putting together a
collective, or association for area songwriters. As the songwriter association began to
grow, I was amazed at the various talent that would join our association or visit the
association as guests. I started to build upon the idea of adding licensable songs to a
catalog from the songwriters/artists I was working with. Soon after, it culminated into the
idea to start a publishing company so there could be an even bigger and more proactive
creative outlet to pitch the songs and various talent we signed. One of the first
goals was to make our music available and pitch it to licensees/artists all over the world.
It’s amazing how much has happened in just a years time. We now have over 50 artists
and have sub-publishing partners pitching our catalog in all major territories all over the
world.

What obstacles did you have to overcome when you were first starting out?

Jessica: The initial obstacle was getting other music friends and colleagues on board for
the idea. Music publishing can be one of the more confusing aspects of the music
business, so it took some time and work to get everyone on the same page – artists,
writers, interns and employees. It’s just like starting any other small business as an
entrepreneur. The difference is that the barriers to entry have their own set of obstacles,
many of which are rooted in music business/publishing knowledge and industry
networks.

What’s the difference between: Composition, Song Sheet, and Master?

For those of us less educated in the subject; can you explain how music
publishing works, and how each party involved benefits?

Jessica: Music publishing is all about the song and the songwriter. The songwriter writes
the song and the music publisher works and manages the song. The publisher does this
by pitching the song for licensed uses such as: “cuts” by major label artists, getting the
song placed in TV, film, advertisements, video games, etc. or setting up co-writes with
other well known artists, songwriters or producers. Each party benefits by splitting the
payments when a license is issued for use of the song.

How much does it cost to register a copyright?

How did/do you go about finding artists to represent?

Jessica: Word of mouth, industry referrals and artist/songwriter referrals. These are the
top three ways other than our own personal discoveries.

At this point in time, do you feel like there is one particular genre that seems
to be more appealing to people producing TV shows or commercials?

Is pitching a song to a record label or producer a fairly easy task?

Jessica: No, it’s not an easy task. I suppose you could say pitching (in and of itself) is easy if
you have the connections and the network. However, getting the song heard by the
right people/person and getting that song recorded by an artist, is extremely hard.
Sometimes a label person or producer is the right person, but often times, your
chances are always better pitching directly to the artist.

What must an artist or band have in line before they should even consider
approaching a publishing house?

Jessica: This depends on where they envision their music being promoted and placed. If
they are at the stage in their songwriting career where they are looking to write for artist
placement then I think that should have a strong catalog already built with good quality
demos recorded for the publisher to choose from.

Jessica: There are many, but two primary clauses to point out would be – copyright
transfer and warranties/representations.

The warranties and representations clause means everything the parties are agreeing
to in the contract, is true and factual. For example, if you said you were the sole writer
on the song, then that information should be true and accurate.

Music Publishers, Record Labels, and Performing Rights Organizations – Can you connect the dots for us?

Jessica: The music publisher pitches and manages the song. Record labels sell, promote and
distribute their artist’s sound recordings (CD’s, digital downloads, etc.) and the PRO’s
collect and distribute performing rights royalties and pay them to the music publisher
and songwriters (for example when a song is played over the radio, that is considered a
“performance royalty”). They all connect when, for example, an artist releases a new
single on the radio to promote their upcoming record. This promotes and increases
business for all three!

As far as hip-hop goes, artists generally never own the beat on which they
lay their vocals. Would you say the process of publishing hip-hop tracks is more
complicated than that of any other genre?

Jessica: Yes it can be, especially when it comes to sampling and getting clearance. We
generally do not represent songs that have samples in them for this reason.

What is the price range that licenses typically sell for?

Jessica: Licenses don’t actually “sell”. A “sale” is an actual transfer of ownership. The
licenses a music publisher issues are negotiated and have various terms, stipulations
and often, durations. The price ranges are very subjective depending on the license and
the use. Major advertisement music licenses generally pay the highest fees, while a
small background use in a cable TV show could be licensed for no upfront fee (referred
to as gratis) with the understanding there will be television performance royalties from
the PRO’s. While other TV shows may pay an upfront fee as high as 5 figures.

Have you ever heard a song you liked playing in the background of  one of  your favorite TV shows(True Blood, Walking Dead), or what about in that new movie you went to go see last week? Chances are whoever wrote the song received a pretty nice paycheck, as well as some premium exposure, thanks in-part to their publishing house.

Wonderful to learn more about the many facets of the music world! Thanks!

Great interview. Managed to educate me on something I’ve never really took an interest in before, didn’t realise how significant publishing was.