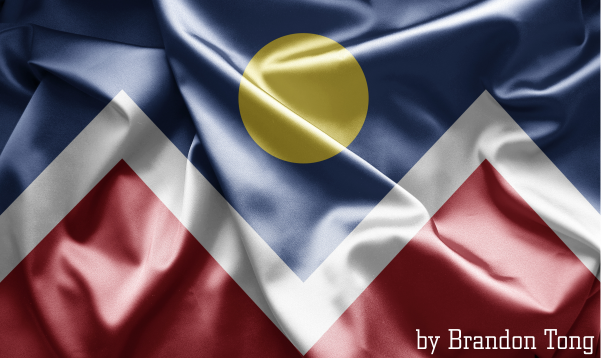 When it comes to Electronic Music, Colorado is definitely a force to be reckoned with. Some of the most well known Electronic Music Producers in the game reside in our Centennial state. Heavy hitting natives such as Pretty Lights, and Big Gigantic are likely to top anyone’s list of favorites. And for a while now our state has had the pleasure of experiencing an influx of popular producers deciding to call Colorado home. Mux Mool is one that immediately comes to mind.

Aside from the juggernauts, Colorado is home to a plethora of home grown producers that can hold their own against even the best headlining act out there. So if you rep the state, and want to show some love to some local talent, take a couple minutes and discover some dope producers you might not have known before.

Why you need to know him: 17 year old Lidsky is an absolute champ in the growing sample-based electronic music scene. Performing alongside acts like Big Gigantic and fellow Gravitas labelmate Marvel Years, Lidsky has proven that age does not determine experience. His glitchy, jazz-infused tracks combine hip-hop and soul vocal samples, crunk drum beats, and crunchy wobbles to create fresh compositions with his production bringing out the best of his sounds. His songs all have the feel of an old heart with his first and only EP, “Frozen In Time,” featuring samples from each era of music. Take a trip down memory lane, and let Lidsky’s fresh look on soul touch yours.

Notable song: “On The Line”

Why you need to know them: The boy-girl duo that is Krooked Drivers has been making huge moves in the electronic scene. Through their label and music collective, Souls In Action, Krooked Drivers has made  past festival stops at large electronic themed festivals like Wakarusa and Sonic Bloom with more coming in the future. The group fuses samples and sounds of the past with gritty synths to create dark and introspective tracks. Krooked Drivers stands out among the sample-based glitch-hop scene because their songs are rugged and hard hitting with darker elements mixed in, allowing for a pulsating  sound that keeps the dance floor rockin’ but the audience thinkin’.

Why you need to know him: Denver local, Alex Medellin, is the master-mind behind Late Night Radio. Like many other rising electronic artists, Late Night Radio utilizes a heavy range of samples to create hip-hop styled electronic tracks. His tracks, in contrast, focus less on heavy synth-lines and drops, and more on soulful breaks. His sets resemble a more DJ oriented sound with a seamless blending of tracks, and electronic effects only acting as a side-dish to his feast of samples.

Why you need to know them: Another artist duo based out of Denver, Bass Physics is the brainchild of Luke Sims and A.P. Adair. Again, Bass Physics utilizes a wide span of samples to create a mellow soundscape completely their own. Moving back from the trademark buzzing synth-line in sample-based EDM, the group utilizes live instrumentation in the form of guitar and keys to give their music a depth that is hard to find in the scene. In addition to their sound, their stage performance benefits ten-fold from their use of live instrumentation.

Why you need to know him: Vibe Street, the self-titled “Grass-Hop,” producer out of Denver, marks the musical center  of the major genres in Colorado. His tracks take organic folk and bluegrass samples, and layers them atop bumpin’ hip-hop drum beats with minimal synth-use. His sound is completely unique, taking influences from electronic, folk, hip-hop, jazz, and everything in between. What makes his music so beautiful is the scene he paints with his music. Taking the peaceful and wholesome melodies of old folk tunes, and mixing them like a hip-hop beat leaves the listener content but ready to move.

Why you need to know him: ETHER adds to the thick and vibrant strain of Denver dubstep artists with his tribal and far-eastern influenced sound. His music fits somewhere between deep dubstep and glitch-hop, having low minimal drum patterns paired with squashing synths and ambient samples. ETHER has a style that is all his own, and is able to utilize the sounds and drum patterns of distant countries without mucking up his sound. Be ready to groove in more ways than one.

Why you need to know him: OG Status brings a more traditional festival-style trap sound to the scene in Colorado. With massive  horns, bass-puncturing synth leads, and trap style drum beats, OG Status makes huge and dirty bangers good for any high energy concert. Coming out of Boulder, the party capital of Colorado, OG Status knows how to keep it live. Expect to pump your arms and bang your head to the OG; this music is not for the mellow.

Why you need to know him: EDDIE WHOΔ, formerly knows as EXKXO, is yet another example of the diverse range of electronic music styles we find here in Colorado. His production style takes all of the flavors and excitement of contemporary electronic, and removes the harshness, leaving a cool breeze of sound that goes down like Jameson on the rocks. With three brand new tracks, and more in his past repertoire, WHOΔ’s tracks could easily be the backbone to the summer playlists of any electronic enthusiasts. Take some time off and get lost in the deep sea of hazy beats he has created.

Why you need to know him: Rodway represents the best of the best in Denver riddim dubstep. With eerie synths leads,  campy melodies, and bouncing wobbles, Rodway sounds like a new-wave version of Rusko right here in Colorado. Although Rodway still mainly opens for bigger artists like Zeds Dead, he is well on his way to greatness. With his signature style and flawless production, his music is fun and exciting for new and old dubstep-heads. Listen to Rodway any time you want to hop, but know you could crack a neck-bone head-bobbing to his tunes.

Why you need to know him: Sightlow is yet another Denver based artist that seems to have been waiting in the shadows to pop out and change the scene. With only two tracks on his Soundcloud, Sightlow has stunned EDM enthusiasts and caught the eye of some major music blogs with his track, “Concentrate.” The track takes the ambient mellow trap sound that artists like Flume or Stwo have made big, and adds in rap samples to create a beautiful airy trap track rivaling some of the genre’s majors like Esta. or Mr. Carmack.

Why you need to know him: Trisicloplox is all over the board when it comes to tracks. From funky hip-hop instrumentals to deep dungeon dubstep, Trisicloplox makes absolutely stunning songs that stretch and mold genre boundaries. Using strange distorted samples, and borderline awkward percussion, his tracks shine through as unique and one of a kind, while staying appealing to the ears. His music is temperamental and creative, but not for the faint of heart.

Why you need to know him: ProJect Aspect has been rocking the boat in Denver for 6 years since his beginnings in 2008. Since then, Jay, or ProJect Aspect, has started Mile High Sound Movement (along with Unlimited Gravity) and shared the stage with massive acts like Big Gigantic or STS9. Jay’s music takes many of the aspects (pun.) of glitch-hop, dubstep, and even classical music to make songs that are bouncy, wild, and creative. Always a crowd pleaser, Jay’s live sets are absolute insanity with his high-tempo wobbles keepin’ the crowd moving at all times.

Why you need to know them: SunSquabi is a multi-talented group, with guitarist and producer, Kevin Donohue, bassist Andrew Clymer, and drummer Chris Anderson. The different instrumentation within the group allows the groovy melodies and laid back drum beats to come out with a more organic feel leaving the listener complacent and content. The group’s music mainly revolves around a hip-hop styled drums with samples and a jammy electronic groove above it, sort of like STS9 meets Late Night Radio. Their music is perfect for anywhere – bump it on the train ride home or let it cradle you in a live performance.

Why you need to know him: WhompO brings out the best in house, and in house music. His tracks utilize thumping basslines and swelling piano melodies to make thoughtful tracks for the big-room. At times throwing in rugged wobbles to supplement his drops, WhompO’s music has all the fun and excitement of house with a gritty texture that is crucial to the Denver sound. Definitely a must-see for fans of electro-house.

Why you need to know him: Treyy G is another electro-house styled producer, taking many aspects from all facets of the scene. His music is full of excitement and oozes club-banging sound. Pure and simple, Treyy G makes fun music. Expect to get absolutely buck at any point that a song of his comes on.

I love Colorado but this is not a place that has any bragging rights regarding electronic music. The music industry is sending dj’s out the factory gates by the semi truck load every day. All of the major cities have followed the same basic formula when it comes to building clubs and a music scene. It’s all very controlled and programmed compared to the small-scale cultures that developed in Detroit and Chicago and spread throughout the Midwest eventually creating the “rave” scene. There are exceptions but in general this Beatport generation hasn’t enhanced music culture.

Lol you forgot a DJ , me Black Blade Panda

Guitarthur! I saw this kid in FOCO Denver and KCMO. He’s like Madeon, Porter and girltalk with guitar. Very up lifting show.