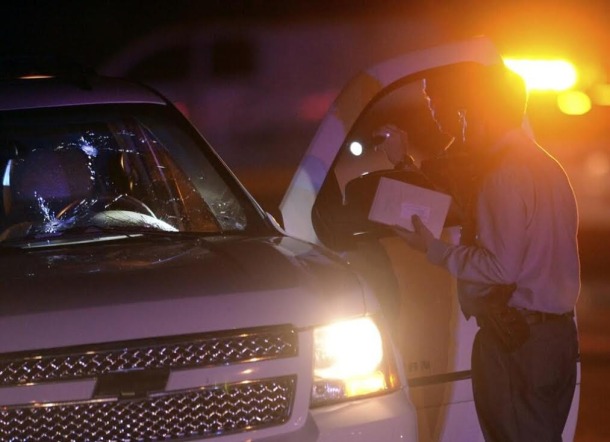 Last night following Feed The Rocks fundraising concert at Red Rocks Amphitheater, 3 people were injured when gun fire rang out in the parking lot. Initially The Denver Police Twitter account (@DenverPolice) reported that they were responding to a shooting at 6th and Kalamath. The authorities later confirmed that both scenes were related.

According to officials, a vehicle which was targeted by gunfire fled Red Rocks and drove to 6th and Kalamath where police were called for assistance.

All injured parties in the vehicle were moved to nearby hospitals.

Jeffco Police searched every single vehicle as they left the park.

Various people who attended the concert tweeted that California rapper School Boy Q was the target of the assailants. Neither police, Feed The Rocks or School Boy Q’s team have released a statement confirming or denying that allegation.

However, multiple photos taken by @Karlgehring show a person who looks strikingly familiar to School Boy Q being detained by police at 6th and Kalamath. Another photo shows the victims white SUV with bullet holes in the front windshield.

One person was detained as Denver Police investigated a triple shooting after a concert at Red Rocks Thursday night. pic.twitter.com/Nfa7oeMHz4