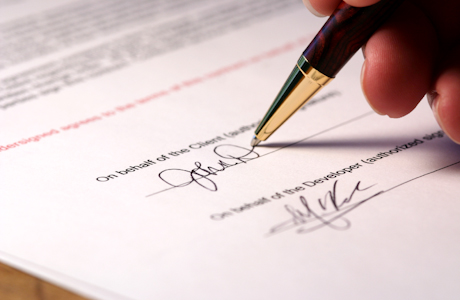 By Jay Rosenthal
Edited by Julian Bentley, 2009
Published by the International Association of Entertainment Lawyers

New concerns continue to arise as record labels try to expand the scope of the “360” deal to include what otherwise would be sacrosanct income streams of the artist.  Regarding music publishing, record labels have always focused on limiting their financial obligations to the artist/songwriter via the controlled composition clause.  However, as economic pressure pushes labels toward actually acquiring a financial or even equity share of the singer/songwriter’s overall publishing income, new issues emerge and unintended consequences will ultimately result.

The overall “360” concept seems to be a financial winner for the record labels, and ultimately a loser for artists and managers.  In fact, the Copyright Royalty Board in the United States has recently noticed this phenomenon in their recent Mechanical and Digital Phonorecord Delivery Rate Determination Proceeding (“The CRB Ruling”).  The CRB refused to accede to the RIAA’s request to decrease the mechanical penny rate or switch to a percentage of revenue formula, for a number of reasons, including the Publisher’s contention that the record labels improved their financial condition by adopting the “360” model.

One can understand why a record label would try to secure a publishing share from their singer/songwriter.  While mechanicals are down, public performance and third party licensing income is holding steady.  Publishing is one income stream that has a chance of actually realizing a sizeable return, even in this age of piracy.

As a preliminary matter, publishers would almost always protest or reject any attempt by a signed songwriter/artist to enter into a “360” deal assigning a significant songwriter publishing equity share to their record label.  But the dynamic changes if the artist has not signed a publishing agreement.  Without the protection of a publisher, a songwriter/artist faces a tough choice – give into what essentially is a contract of adhesion without excising the publishing grab or pass on perhaps a once in a lifetime opportunity.

So without a publisher involved, the artist attorney must address some fairly serious issues:

• Controlled Composition Clauses:  Labels already force many singer/songwriters to accept the draconian limitations on the statutory royalty rate and the number of compositions paid on each album.  If the label will now control or own a significant portion of the composition, the impact of the reduced rates and other limitations seem particularly inappropriate.  Perhaps seeking a full repudiation of the controlled composition clause is a proper goal for the singer/songwriter forced into a “360” arrangement.

• Approval Rights:  If a label controls and/or owns a significant share of the musical composition, approval rights issues will ultimately arise.  For example, will a label have the right to enter into non-exclusive third party licensing arrangement without the authority of the co-owner, i.e., the singer/songwriter or their publisher?

• Late Fees:  The CRB Ruling established, for the first time, a 1.5% monthly late fee to be paid by the record labels if mechanical royalties are not paid to the publishers within the statutory time requirements, i.e., 20 days after the end of the month of distribution of the phonorecord.  Ironically, the record labels may now have more incentive to pay before the late fee accrues, since they now co-own or control the composition.  What should not happen is that the record labels somehow waive or attempt to waive the late fee.

These are just some of the problems and issues needing attention from the singer/songwriter attorney when faced with a grab of publishing rights in the ever expanding “360” deal world.  I am sure many more will arise as the “360” deal becomes the norm, instead of the exception.