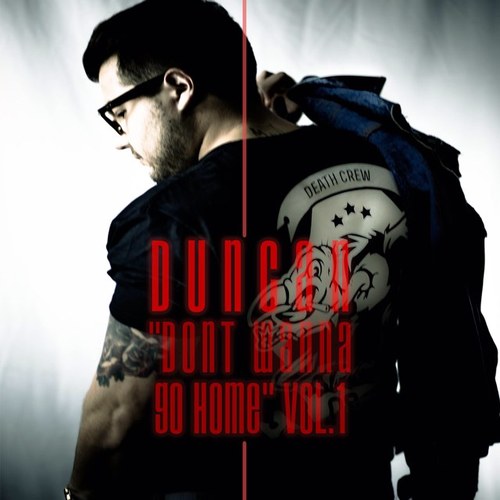 After the release of “Don’t Wanna Go Home” Volume 1,  Adam Duncan has released “Same Wave” which features as the closing track on the EP. The track features frequent collaborator and fellow Colorado native Trev Rich, who has recently released his own mixtape “Heights 2”. Prior to “Same Wave”‘s release I had only heard of Adam Duncan through his collaborations with Trev and consequently had no idea he could rap in addition to sing.

Duncan’s skills with rapping allow him to keep up with one of the hottest rappers out at the minute, although his accent may put some fans off, his lyricism and “hottest flow around” makes up for it. “I do it big like I’m Sean, do it big like I’m L, do it big like I’m Pun” Duncan spits after explaining how he’s blew his advance on “strippers and Louis Vuitton” in a style similar to those repeatedly played on major radio stations like 2Chains or Lil Wayne but the references to Hip Hop legends and a Yelawolf-esque rhyme scheme indicates a level of knowing intelligence above throw away club-hop artists.

“Same Wave” has an aggressive  rock vibe to it’s chorus as Adam’s vocals sound fit for an anthem found in early The Killers discography over a phenomenally produced instrumental which could have been created for One Republic’s “Dreaming Out Loud” album. I’m not saying Shawn Kang, as talented as he is, is on the same level as Timbaland, but he does show potential to be a great cross-over producer in the not-so-distant future. Off the back of his “Heights 2” release, Trev Rich continues to impress as arguably the most consistent emcee of all time. Not since “Stoners” from the original “Heights” mixtape have I not enjoyed a song Trev Rich has been on whether it is in collaborations with AP, Tsu Surf and Jimmie Murphy or in freestyles, remixes or solo marterial.

Overall “Same Wave” is a great track which represents Colorado better than most, but at the same time it is not the greatest Adam Duncan / Trev Rich collaboration. That isn’t to say this is a poor song by any means, but songs like “Young Forever” and “Red Cup Blues” are on another level. Both of these artists are inevitably going to go on to bigger and better things and I can’t see past them to be the first major, internationally recognised artists to come out of Colorado since One Republic or 3OH!3. Following this track and “Please Explain” featuring Rhias of Air Dubai, Adam Duncan has lead me to believe he has a must-listen EP in the form “Don’t Wanna Go Home” Vol. 1 and I eagerly await to see if an album is to follow.

Listen to “Same Wave” via SoundCloud  (Here) and follow Adam Duncan (@OfficialDuncan) on Twitter for more terrific tracks or download the “Don’t Wanna Go Home” EP (Here). Follow myself (@MrHawthorn) for more of my opinions on Hip Hop, links to my blog articles and other relevant tweets relating to the Hip Hop industry. Please leave comments on what you think of this review, have you downloaded “Don’t Wanna Go Home″? Does “Same Wave” sound like a great song for you? If you are reading this after listening to the track do you agree/disagree with me? Let me know!