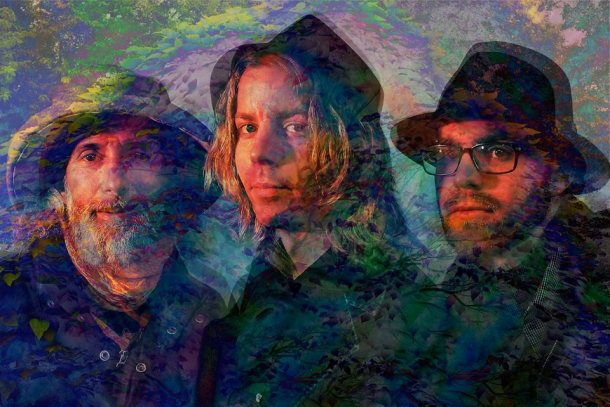 Sterling Witt, compromised of Allan Winkler on Drums, Davy Langerak on Bass, and Sterling Witt on vocals and guitar, is a band you need to know. They have been featured in Acoustic magazine, and on Channel 69 WFMZ-TV, as well as many other publications throughout the U.S.

With sweeping lyrics, and steady beats, this music makes you feel. Residing in Kansas City, Mo these guys are a fresh sound not only for your ears, but your entire body. They are currently touring the U.S and have a bunch of shows coming up around Denver. The kick-off is this Friday, February 28th at Tennyson’s Tap. For a complete tour schedule click HERE.

They are also currently releasing their new EP, Spirals, on their Pledge Music Campaign. Donating will not only help fund their European tour, but also get you some unique and amazing Sterling Witt merchandise. Head over to their page now to make sure to pledge!

You started to play guitar and write songs when you were 15, can you remember the first song you ever wrote? What was it about?

Sterling: Yes I remember. It was called Coming When I’m Done, it was an instrumental song. The attitude was focus. I have a mission and I’m not going to do anything else until this job is done.

Your music has a certain vibe to it; especially your new single “Love Me to Death”, what inspires the enticing beats for your sound?

Sterling: I’m interested in music that picks you up and takes you away to a magical place that you couldn’t otherwise go without it. Music that requires your full attention. If it doesn’t do that, it seems pointless to me.

In order to fund your European tour you have started a campaign on PledgeMusc.com. What has the experience of crowd funding been for you guys?

Sterling: It’s been great! This is our 2nd Pledge Music campaign. Our first campaign was our last album Sterling Loves U, it reached 111%. We are right in the middle of our Spirals EP / European tour campaign. It’s coming along nicely. This campaign is special because we are releasing our new Spirals EP featuring Love Me to Death exclusively to pledgers. So at the end of the campaign Spirals won’t be released to the public. The only way to get it is to make a pledge at: pledgemusic.com/projects/sterlingwittspirals

What made you choose PledgeMusic over Kickstarter or Indegogo?

Sterling: Pledge Music is about music specifically. They cater to musicians. That is important to me.

For anyone who donates to the PledgeMusic campaign you’ve offered some very unique items in exchange. From signed CD’s , beautiful paintings by (you?), dinner at the band’s house, and much more. How did you come up with these awesome things to do for the fans?

Sterling: I’m an artist. It’s my job to create unique and interesting curiosities. That’s just what I do.

You have played all types of venues across the country, What is your favorite type of venue to play in? What size of a crowd do you like?

Sterling: It depends on the situation. More important than the size of the venue, is those that make up the audience. I like an audience to be there for the music above and beyond anything else. It’s makes the show better for everyone. It’s doesn’t matter if you’re playing an outdoor festival, a theatre, a bar, a coffee shop or a cemetery. All those things I have done. In the end what matters is the relationship between audience and the artist.

As someone who doesn’t reside in Colorado, what is your opinion on the music scene in general here? What are the differences between here and Missouri?

Sterling: There is a lot going on in Colorado. It’s interesting because there are several towns so close together like Boulder, Fort Collins, Denver, and Colorado Springs that all have a valid music scenes. Missouri has a lot to offer too, but it’s more spread out.

As a kid growing up in a small town, how hard was it to break into the music scene?

Sterling: Being from a small town isn’t really accurate, I grew up in the country. The nearest town was 10 miles away, that town was Freeman, Missouri a population of 495. I don’t have anything to compare it to. I think it works out in my favor. It sets me a part from everything. Still to this day I don’t feel I am a part of any music scene. I do what I do. I am an artist. If you want to be a part of what I’m doing you’re going to have to come visit to my world.

The new release, Spirals, is a limited edition EP, it features Allan Winkler on Drums, Davy Langerak on Bass, and Sterling Witt on vocals and guitar. How did you meet everyone?

Sterling: I met myself the day I was born, haha just kidding. Several years ago I was performing without a drummer. I asked a friend if he knew any good drummers that wanted to be in a band. He said Allan Winkler and gave Allan’s phone number and suggested I call him. I knew who Allan was but I didn’t know him personally and my first thought was “No way, that’s not going to work.” I never called him. Then one day a few weeks later I had a voicemail that went like this “Hi Sterling, this is Allan Winkler I want to audition to play drums in your band…. call me”. He’s been in the band ever since. Last October we shot a music video for a song called Let Me Down. I needed a lot of people in the video so I sent a call out to my friends and fans to be a part of the music video. Davy Langerak showed up with my booking agent Brandy Darling (Girl Wreck Presents) from Denver, Colorado. It was a serendipitous moment when I met Davy – I knew it was for a reason. It didn’t take long before I learned he was a bass player. 2 months later Davy moved to Kansas City and joined the band.

As a more organic artist, you like to record live; do you think that this lends itself to part of Sterling Witt’s appeal to a broader audience?

Sterling: I like real, raw, passionate music. Recording live is the way I achieve this is my own music. All my favorite music was recorded live. I don’t know if it appeals to broader audience. It certainly appeals to a certain group of people who appreciate music on a deeper level.

With two big tours coming up, one in the U.S and the other in Europe, what are you guys planning on doing to prepare?

Sterling: Everyday it’s something. We have a to do list that seems to never end. Every day we add to the list. Everyday we mark off things from the list. It requires constant attention.

Is there anything else that you’d like to say to the fans out there? What can they expect on this tour?

Sterling: You can expect a lot of new songs. Please support our Pledge Music campaign. We are independent artists, and we need your help to make this European tour a success. Make your pledge HERE. Thank you!

I want to thank Sterling Witt and the rest of the band for contributing to MileHI Music’s mission! We want everyone to have access to great music, and Sterling Witt is on our list. If you would like to pledge for their European tour, see the links below. And Don’t for get to check Sterling Witt out live THIS FRIDAY at Tennyson’s Tap in Denver!