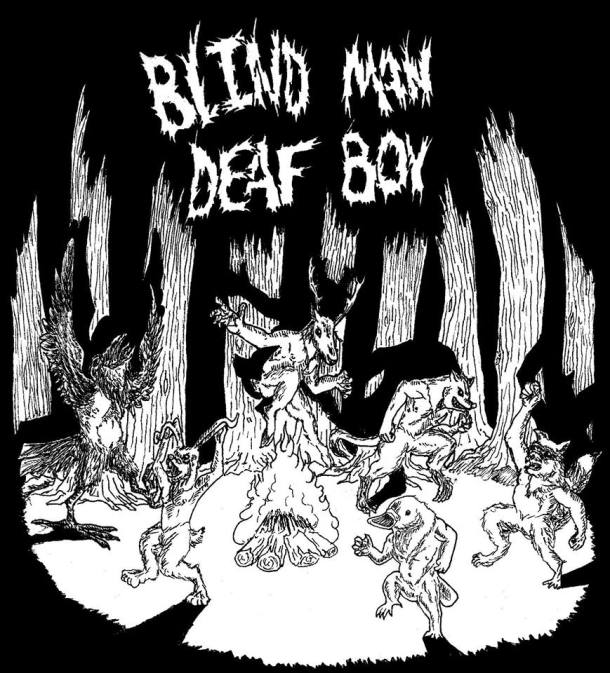 With the whole resurgence of the punk folk thingy going on and all its annoying predictability, Blind Man Deaf Boy is one that stands out among the crowd of this current outdated popular genre littered with ironically mustached front men (remember when mustaches were “real” and “tough”? That was way better than ironic mustaches that currently every jackass has grown on their shitty, herpes infested, upper lip.)

The most shocking of all about BMDB is that they hail from your very own Denver!  With a sound similar to Gogol Bordello, Animal Collective, some vocals that sound somewhat like Modest Mouse (especially the song “Whiplash”), and the unified crowd-singing that is most notable in shitty Celtic groups like The Pogues, “Dropkick Murphy”, this is a band not to be missed.

Maybe I am talking Blind Man Deaf Boy up a bit too much here, I don’t know. They refer to themselves as “folk violence”, and I can only assume that is because they perform acts of violence towards their folks, which is a terrible and totally unforgivable act. That was a terrible and unforgivable joke, I am sorry. Anyways, the build ups of this “folk violent” band are good and the fast-paced parts reminds me more of great hardcore riffs than punk ones for some reason (more abrasive?). I don’t even know what I am talking about and can’t believe you are still reading this pretentious review.  The only noticeable annoying thing about BMDB is the political/moral preaching in songs like “unite” running through it; which steers up eerie images of everyone holding hands and singing and getting along…yuck.  However, if you pretend that when the band yells “unite”, you think “kill everyone”, it all of sudden becomes a way better song.  This band is worth listening to, but the real question is can these guys drink and party because that is what music is really all about!?  We’ll see… Their next show will be April 2nd  at The Marquis Theater and if the place doesn’t burn down, I don’t get laid, or I don’t piss myself from drinking too much; I will blame these guys and they will forever be labelled as posers in my book…