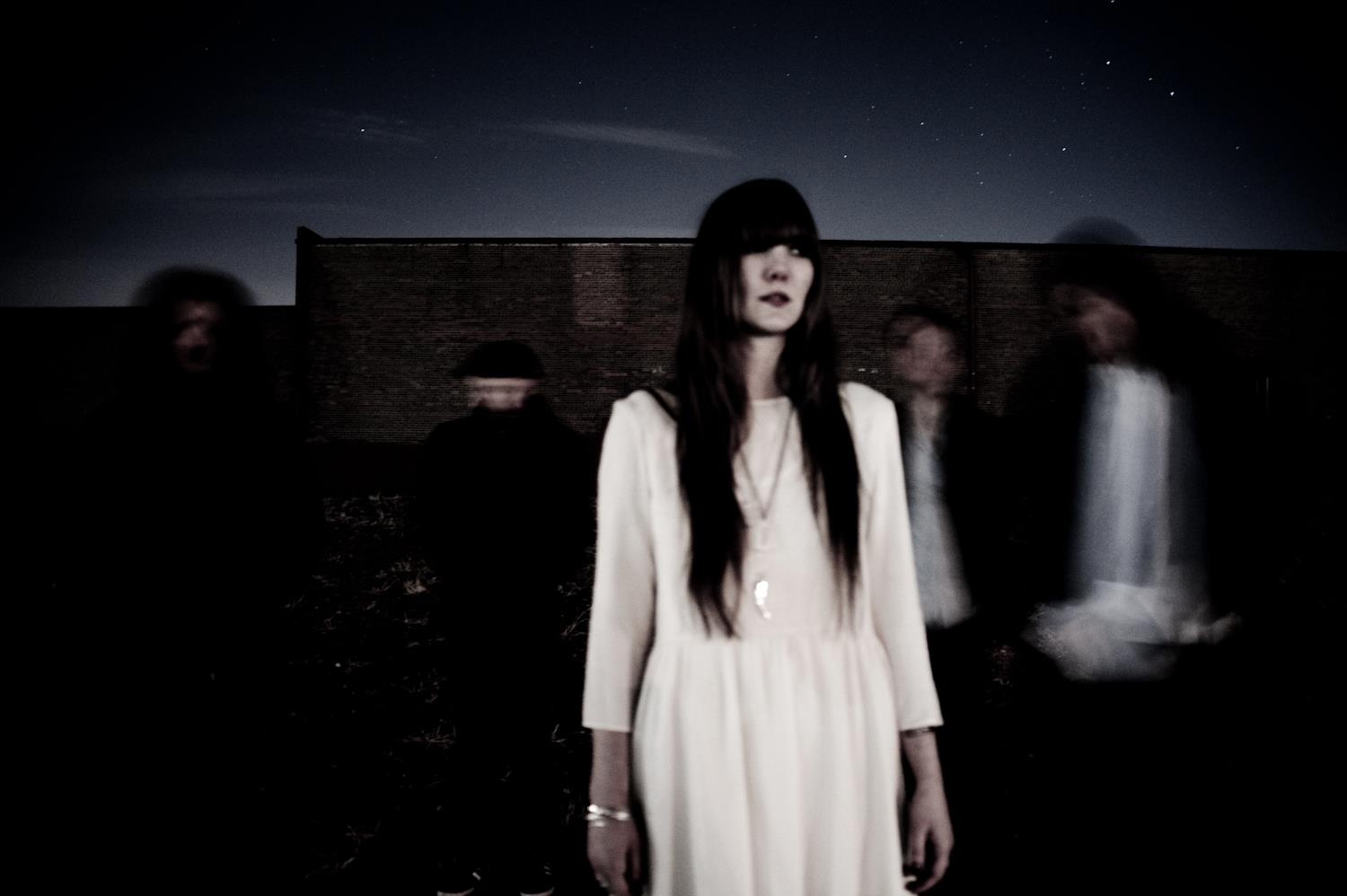 The record, the first release by Denver startup label The Greater Than Collective, is a black tapestry of pulsing, macabre rock n’ roll that feels as if it is being slowly slashed apart by bright head-nodding hooks—deconstructing the sinister underbelly only to sew it back together.

At its opening, guitars weave together playfully on “Hastily” and as the song progresses an ominous mood is brought on and carried through to such key tracks as “NOPD” and “Break the Same” with the help of growling bass and pounding drums. Helmericks’ skilled vocals are the powerful constant, providing a seamlessness as the album moves from the dance-floor-jungle “Kafka and the Milk” to the cooing, frightening calm of “Warning”.

Sineater was written, recorded and produced by Snake Rattle Rattle Snake themselves and its release is an important benchmark for a band that has already recieved several accolades. 303 Magazine and The Denver Post both named them “Band of the Year” in 2010 and weekly Westword dubbed them “Best Indie Rock” band in 2011.

In addition to recording a Daytrotter Session, playing the historic Red Rocks Ampitheatre and headlining many local venues, Snake Rattle Rattle Snake has shared the stage with notable national acts as The Dead Weather, The Rapture, Devotchka, Pink Mountaintops, Wovenhand, and The Fresh and Onlys.