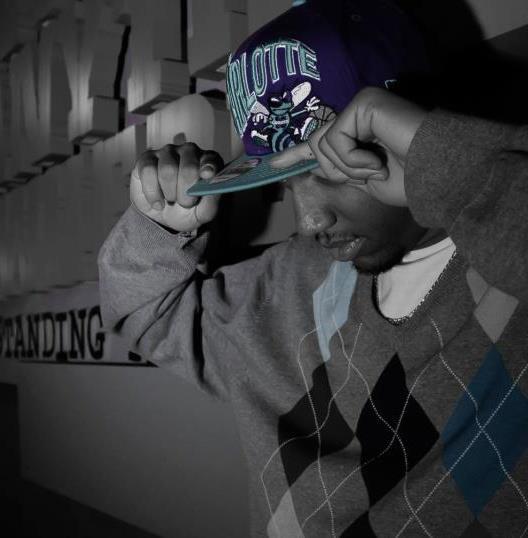 PC Born May 21st 1991 in Aurora Colorado as Ramond Kefing Murphy he remembers always having a passion for music. He tributes artists such as Tupac, Biggie, Cannibus, Tito Lopez Lil Wayne, Ludacris, Andre 3000, and Kurupt as his inspirations. Although he is a rap lyricist he also enjoys R&B music as well as rap and hip-hop. He started actually writing lyrics near the end of middle school but they were only for fun.

He was always considered at least an average lyricist. As he entered high school he began to take making music more seriously when him and his friend Davion (Magik) teamed up. He remembers his first time writing lyrics with Davion at Davion’s dads house. Being freshman and beginner artist they started rapping into a karaoke machine and recorded their songs onto cassette tapes. Their first official song was called The Gift. Toward the end of his freshman year him and Davion upgraded their equipment and began to make more songs. Over the summer the track production slowed and would not pick up again until his sophomore year.

This is when he began rapping with another artist along with Davion named Porshei (Lil P). PC and Lil P began making various tracks together such as Wat It Izz, Jz, and Caken. With this mass track production came Dre a friend of Lil P. This three began making tracks and started a group called PDP, which stood for Porshei, Dre, and PC. PC never was fully for this group for the fact he wanted to continue rapping with Magik. Entering his junior year along with Lil P and Butta D they planned to do a talent show together, in which Magik replaced Dre on a previously recorded song but kept PDP letting it stand for PC, Davion, and Porshei which later became their coined saying Patience Devours Power.

This was their first official group track call Run It By Me. Butta D began rapping with PC and Porshei as a group and came up with the name Round 3 symbolizing the final decision. They began recording together and released a mixtape by the name of The Beginning in November of 2007. Since then PC and Round 3 have upgraded equipment and been established as one of the top groups in Colorado working with various artists. They have dropped other mixtapes such as PDP, Un-official r3mixtape vol. 1, and Got Game which can all be found on Datpiff.com. Now Round 3′s finally getting the play they deserve and have linked with the biggest DJ in Colorado (DJ KTONE) and will be dropped the “Day Dreamin” the mixtape mixed and mastered by J-Rich at the end of November 2010.

Since then he has dropped Unannounced the biggest mixtape of his career, a collaboration effort with J-Rich and DJ KTone, and many singles with plans to soon drop a solo album. He has worked and opened for many household names such as Paul Wall, Bobby Valentino, Kia Shine, Lil Keke, Bun B, Slim Thug, and many more PC, now in his prime, continues to deliver moving lyrics with his unique style and has perfected his skills in both rapping and producing. Today he stands as a member and co-founder of Round 3 along with Magik, Group and solo artist as well as Co0 Founder of S.Y.L.A (Support Your Local Artist). Now on a lightspeed path to success he is slowly breaking into the game and is on track to become a hip-hop heavyweight. He appreciates all listeners so Enjoy the music and know that everything PC does is for the fans and support.

Currently attending Colorado State University PC is becoming well known for his craft. Now in his prime, he continues to deliver moving lyrics with his unique style, and is always improving his skills. He doesn’t consider himself a rapper but rather an artist and song writer and has written songs in various genres and unlike many other artists, he has excelled with his talents because of the continuous passion and dedication to the art of music making. He claims that he aims to create his music in 3D, meaning deep, dope and different. Today he stands as a member and co-founder of Round 3 and S.Y.L.A. He appreciates all listeners and says that he keeps doing it for the fans and support.