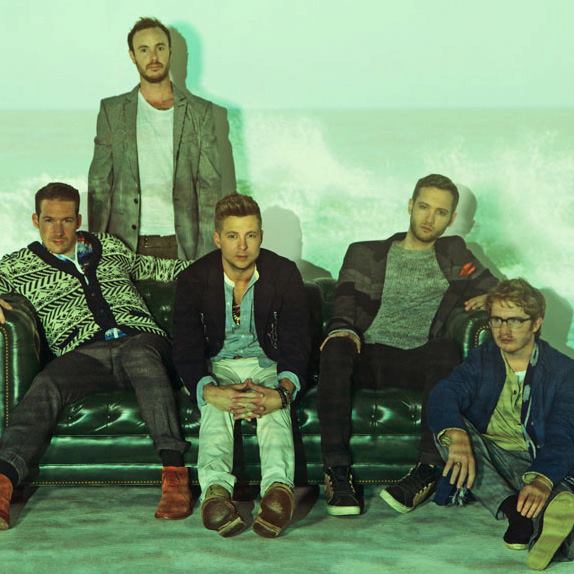 To those who do not know the full story on OneRepublic, they may see a talented pop-rock group propelled to “overnight” success after being discovered by one of the world’s most celebrated super-producers. The band’s first single, “Apologize,” which was remixed by Timbaland, has been Top 5 on the Billboard Hot 100 for ten consecutive weeks, rocketing all the way to 2. The song has sold two million legal downloads, maintained its 1 position on the Top 40 chart for two months, and entered the history books by shattering the record for the most spins at radio in just one week with over 10,000 spins. All of which adds up to one of the most eagerly-anticipated CDs of the year- Dreaming Out Loud – OneRepublic’s Mosley Music Group/Interscope debut.

However, explaining away the success of this band as an overnight sensation would be short-sighted and inaccurate. The story of the band’s road to success, and how that journey is expressed in the inspiring lyrical content of this album, would be lost, as well. Facing opposition and disappointment, OneRepublic has clung to its dreams – and that tenacity is finally paying off.

While OneRepublic might be the first rock band on Mosley Music group, it isn’t the first time that OneRepublic’s frontman, Ryan Tedder, and Timbaland’s paths have crossed. OneRepublic has had a circuitous journey from then to now. That journey began in 2001. Tedder was living in Nashville and nabbed a record deal for winning a singer-songwriter contest; a validation for someone who strove to be a songwriter who could write ”more than just a catchy tune. There’s nothing like a good pop song, but there’s a fine line between accessibility and credibility,” says Tedder.

Thanks to a mutual friend, Tedder got a call from Timbaland, who wanted him to come work with him. Just like in the movies, 21-year-old Tedder quit his day job, sold his car to buy equipment, and enrolled in “Production 101 at the University of Timbaland.” Taken under the A-list producer’s wing, Tedder was given the opportunity to get behind the boards in state-of-the-art studios from Miami to NY to LA; “It was a dream come true.” Despite the invaluable education, it was clear that while Tedder wanted to become an artist, his mentor wanted to develop Tedder as a producer. After two years, and with Timbaland’s blessing, Tedder moved on and soon became that guy. Working under the nom de plume “Alias,” Tedder racked up production/songwriter credits for artists ranging from techno star Paul Oakenfold, pop/R&B singers Leona Lewis and Natasha Bedingfield, and rapper Bubba Sparxxx. In fact, just this past year, Tedder penned and produced three international 1’s, a top 10, and two top 40’s, including Jennifer Lopez’s Top 20 banger, “Do It Well.”

Yet, Tedder’s desire to be the guy in front of the mic was still burning. In 2002, he returned to Colorado Springs, Colorado, and looked up high school friend, guitarist Zach Filkins, who had spent his childhood studying classical guitar in Barcelona, Spain and then moved to Colorado Springs.

In 2003, Tedder and Filkins moved to Los Angeles to put a band together. They soon found out that doing that is not so easy, and had to figure out how to get by. At points, there was not even enough money to buy groceries. Hard times made it difficult to keep a band together and the membership kept changing- until Tedder and Filkins connected with Drew Brown (guitar), Brent Kutzle (bass, cello), and Eddie Fisher (drums).

Now solidified, OneRepublic got a major label deal, but for various reasons it fell through, and they were left in limbo and demoralized. “After all that time trying to get to where we were, getting dropped took the wind out of my sails,” Tedder says. “We weren’t sure if we wanted to go on (with the band).” At that time, however, their MySpace page started getting thousands of hits, making them the biggest band on the site. “Maybe the music climate changed,” Filkins explains. “All of a sudden, we were getting e-mails from kids saying that because of one of our songs, they didn’t commit suicide or they got through their parents’ divorce. We finally connected with the audience. We said to ourselves, ‘we can’t quit now.’”

Soon enough, the labels came knocking, including Timbaland, with his Mosley Music Group label. Timbaland knew first-hand the depth of Tedder’s talent and OneRepublic’s potential. So everything came full circle when Tim brought OneRepublic into the Mosley Music Group family, making them the first rock band on his label, and executive-producing Dreaming Out Loud.

The success OneRepublic has achieved since then might have taken some by surprise, but not the group’s singer/songwriter. The toughest thing to do is write a hit song,“ says Tedder, “but sometimes you just know when you’ve written something special. ‘Apologize’ gave me goose bumps as soon as I finished it.”

The first clue that his instincts were right came early in 2007, when Timbaland’s “Apologize” remix (both that and the original version are featured on Dreaming Out Loud) appeared on his platinum plus Timbaland Presents: Shock Value.

“Ryan is a great person, a great songwriter and just so musically talented,” Timbaland says. “OneRepublic bring something out of each other. They work so well together and it’s a very natural chemistry.”

Largely produced by Greg Wells (Rufus Wainwright, Pink, Mika) and with a couple tracks produced by Tedder, that chemistry is evident in the songs, such as the second single, “Stop And Stare,” a fusion of anthemic guitars and insistent vocals, and the hushed ballad “Come Home” (one of three songs on the album produced by Tedder). Dreaming Out Loud introduces a group committed to the idea that people want real songs, with real truths, not marketing strategies.

Folks talk a lot about fate and timing; two things OneRepublic knows quite well. Having ricocheted back-and-forth between near-success, disappointment, and fruition, OneRepublic has stayed true to their dreams – and seen them come true in ways they could never have imagined. Tedder holds that “there are certain things that are within your control and that’s how hard you work, how determined you are, how much you want it, but you can’t control timing. It’s going to happen when it’s meant to happen, and right now, that’s how it is for OneRepublic. It took a long time but all of this has come at the right time.”