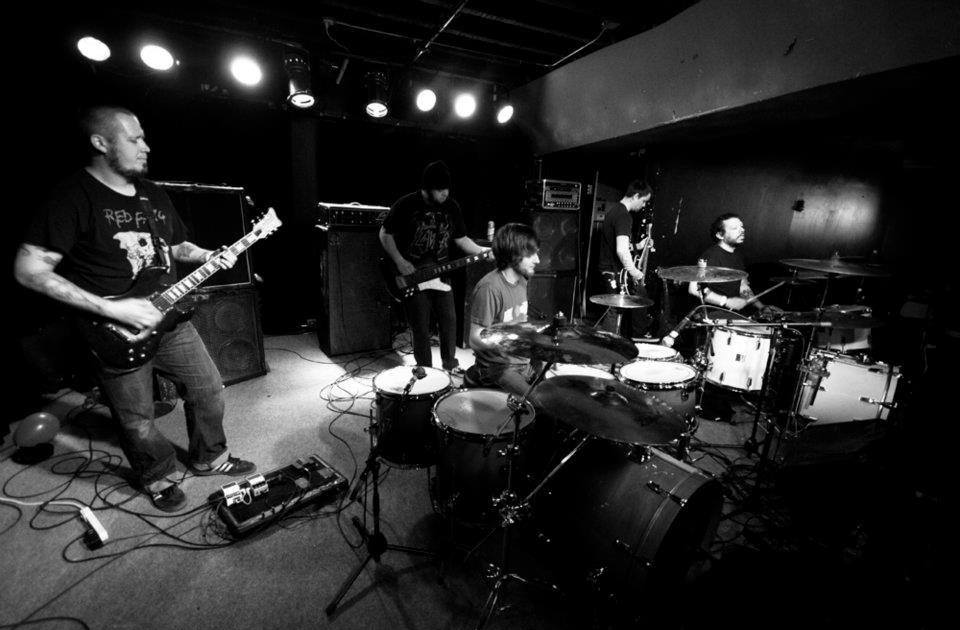 Denver’s Native Daughters aren’t five guys who work at the same office, realized they all liked Isis, then decided to get together one weekend and jam. There were no record store flyers, no Craigslist ad, and certainly no “management” or marketing plan involved. As Mustangs And Madras ended, most of the band reformed as Native Daughters in 2010, later completing the lineup with guitarist Justin Hackl as his previous band–Only Thunder, met a similar fate.

While the band’s instruments-to-singers ratio (5 to 0) obviously informs their sound, the drummers-to-guitarists ratio (2 to 2) is far more important. With two drummers each playing distinct parts, the songwriting process can be arduous. Try choreographing for two dancers both stomping as hard as they can with both feet, and you’ll get the idea. But the rhythm section outnumbering the rest of the band has obvious advantages. Live, two drummers (both set up at the front of the stage) is a spectacle before a note is played. But once the set begins, it’s much more than just that.

Native Daughters’ sound packs many of the body blows from heavy, riff-based post-metal. But it also draws melodies and rhythmic tension from the cream of the mid-90s emo/post-punk crop. Think Christie Front Drive covering Kyuss after the PA has blown out, and you’re on the right track. There are a few of the twinkly guitar leads and crushing breakdowns which are hallmarks of these divergent styles. But each are used as building blocks, not crutches or go-to elements. The middle ground between the two seems impossibly wide, but Native Daughters’ sound sharpens it into something lethal. Equal parts blunt force trauma and tense, swirling heartbreak; you won’t know what hit you, but you’ll be glad that it did.