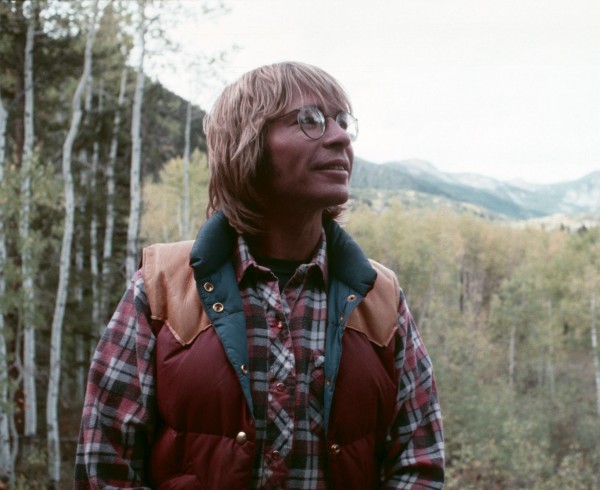 American folk singer John Denver was an artist in the most genuine sense of the word – he used his craft to change the world. A songwriter, performer, actor, environmentalist and humanitarian, Denver was not only one of the most beloved entertainers of the 1970s but a leading advocate of global causes until his tragic death in 1997. Songs such as “Take Me Home, Country Roads” and “Sunshine on My Shoulders” garnered him critical acclaim while simultaneously catapulting his gentle message towards the earth, peace, and compassion to the masses. It was this ardent and steadfast love of nature that came to identify John Denver as “The Poet for the Planet.” Earning three American Music Award honors and two posthumous Grammys, Denver was inducted into the Songwriters Hall of Fame in 1996.

One of the world’s best-known and best-loved performers, John Denver earned international acclaim as a songwriter, performer, actor, environmentalist and humanitarian. Denver’s career spanned four decades and his music has outlasted countless musical trends and garnered numerous awards and honors.

The son of a U.S. Air Force officer, Denver’s artistic journey began at age eleven when he was given his grandmother’s guitar. Denver eventually took guitar lessons and joined a boys’ choir, which led him at age twenty to pursue his dream of a career in music.

In 1963 he struck out on his own, moving to Los Angeles to be in the heart of the burgeoning music scene. It was during this time that Henry John Deutschendorf, Jr. was urged by friends to change his name if a recording career was to be in his future. He took his stage name from the beautiful capital city of his favorite state, Colorado. Later in life, Denver and his family settled in Aspen, Colorado and his love for the Rocky Mountains inspired many of his songs.

John Denver experienced his first major break in the music industry when he was chosen from 250 other hopefuls as lead singer for the popular Mitchell Trio. Two years and three albums later, Denver had honed his considerable vocal talent and developed his own songwriting style. He gained recognition when his song “Leaving On A Jet Plane” was recorded by Peter, Paul and Mary, becoming their first and only number one hit. As the Mitchell Trio disbanded, Denver was climbing up the pop charts as a solo act with songs like “Take Me Home, Country Roads,” “Rocky Mountain High,” “Sunshine On My Shoulders,” “Annie’s Song,” “Back Home Again,” “Thank God I’m A Country Boy,” and “Calypso,” solidifying his position as one of the top stars of the 1970s.

By his third album in 1970, Denver’s social and political leanings were defined more clearly. Denver was one of the first artists to share an environmental message through his music, beginning with the song “Whose Garden Was This?” This was the first in a long line of songs that he wrote about the environment.

Denver contributed his talents to the benefit of many charitable and environmental causes and received numerous civic and humanitarian awards over the years. Fans responded to his heartfelt urgings about ecology, peace, and compassion that were consistently delivered in a gentle manner on his records and at live performances.

His passion to help create a global community paved the way for ventures into new musical and geographic territories. In 1985 he was invited by the Soviet Union of Composers to perform in the USSR, inspiring the internationally acclaimed song “Let Us Begin (What Are We Making Weapons For?).” The powerful video for “Let Us Begin” moved viewers around the world.

“I thought that I might be able to do something to further the cause of East/West understanding… The Russians say that the first swallow of spring won’t make the weather for the whole season, but it can mark the turn toward a warmer climate. I tried to be that swallow.”

“Music does bring people together. It allows us to experience the same emotions. People everywhere are the same in heart and spirit. No matter what language we speak, what color we are, the form of our politics or the expression of our love and our faith, music proves we are the same.” – John Denver

The success of his visit lead to a concert tour of the USSR in 1986. These were the first performances by an American artist since the Cold War began – an unprecedented cultural exchange between the United States and the Soviet Union. He returned to the USSR in 1987 to do a benefit concert for the victims of Chernobyl.

Denver was also the first artist from the West to do a multi-city tour of mainland China, in October 1992. He was somewhat astonished to discover how popular and well known his songs were in China. “‘Country Roads,’” he was told, “is the most famous song written in the West.”

Denver was a true adventurer, exploring all that the world had to offer. Throughout his life’s journey he challenged himself on every level, which is an integral part of what made him an extraordinary man, an uncommon friend and a rare human being.

While the frontiers of the American West satisfied his spirit, less-traveled frontiers appealed to his imagination. Denver was an experienced airplane pilot and collected vintage biplanes. His interest in outer space was so great that he took and passed NASA’s examination to determine mental and physical fitness needed for space travel. He then became a leading candidate to be the “first civilian in space” on the Space Shuttle Challenger. Denver planned to write a song in space, but circumstances kept him from joining the ill-fated expedition, which saddened the world when it exploded during take-off in 1986.

Among his many gifts, Denver was also a talented photographer. He photographed images of the people and places he experienced in his travels and showed his work professionally, often in connection with speeches made at colleges and universities as well as government and business facilities across the country.

Many of Denver’s songs reflected his relationship with nature and indeed, one of his greatest pleasures was spending time outdoors. He spent as much time as possible backpacking, hiking, climbing and fishing. He was an avid golfer and skier, regularly participating in celebrity charity events for both sports.

John Denver died tragically in a plane crash on October 12, 1997. He was survived by his brother Ron, mother Erma and three children, Zak, Anna Kate and Jesse Belle.

On March 12, 2007, Colorado’s Senate passed a resolution to make Denver’s trademark 1972 hit “Rocky Mountain High” one of the state’s two official state songs, sharing duties with its predecessor, “Where the Columbines Grow.”

Today, millions of fans old and new enjoy the work of this extraordinary performer. Thirty albums and four decades after he began, John Denver’s music is as relevant as ever. His humanitarian work continues to strengthen our global village, and his dynamic celebration of life, spirit and nature is a powerful inspiration to us all.