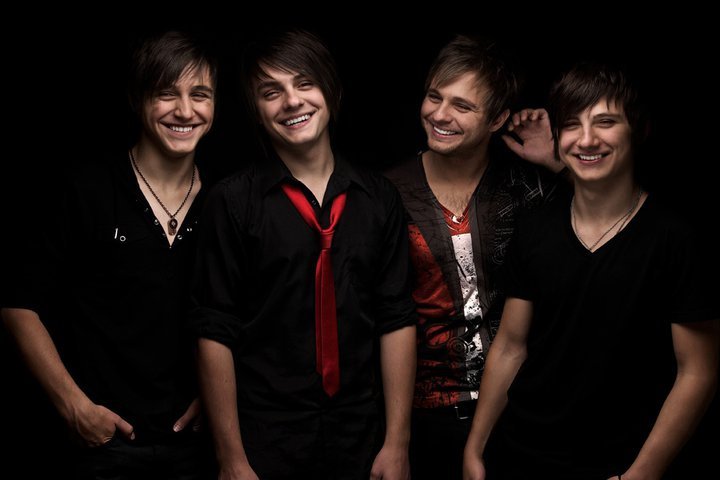 Meet Everfound. The pop-rock band is comprised of 4 brothers – born in Russia, raised in America and loaded with talent. Ruslan, 24, plays keyboard/guitar and writes songs with brother Nikita, 22, who handles the lead vocals and plays keyboards. Yan, 20, plays drums and Illarion, 18, plays bass.

After two EP’s; 2007’s Everfound and 2008’s Anticipation, Everfound released their debut full-length album Colorful Alibis and Scandalous Smiles in 2009. These independent releases have sold over 10,000 units nationwide. In July 2011, Everfound is released their latest EP. The new record is a collection of songs written within the last year as the band toured the country.

With more than 600 live performances, the brothers have developed into a first rate band consistently delivering an intense high energy show. With charismatic smiles and a positive message, Everfound has developed a large following in both the Christian and mainstream markets as well as the festival circuit.

Their journey continues in 2011 as the band is scheduled to play several markets in Europe and extensively tour the US, promoting the new record. Also, this spring Everfound will headline the “Rockin’ You Out of the Park” tour at selected Major League Baseball games with concerts following each game.

Everfound is the quintessential DIY (do-it-yourself) band. Despite their young age, the brothers have proven to have an incredible work ethic. Even more, their music has depth – delivering contemplative lyrics with a positive message.

Everfound has been compared to bands like Coldplay, The Fray and OneRepublic. But industry insiders say they are more than that. And with an underground buzz that is contagiously exciting, American teens are agreeing.