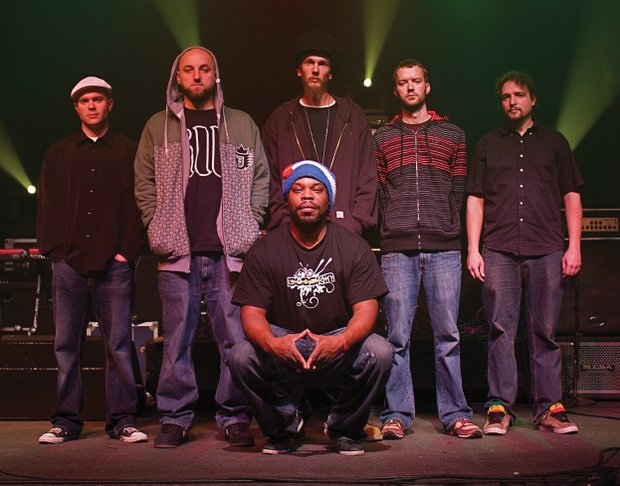 Originating in Ft. Collins, Co in 2006, DubSkin has since become a prominent fixture on the American reggae scene. After releasing two full length albums, ”Love in Spite of” in 2007 and ”No End in Time” in 2009, DubSkin has just finished their best work to date ”Release from Fear”. This collection of songs, that was written and recorded in 2011 and was mixed by Jason ‘’Jocko’’ Randall of John Brown’s Body, incorporates many styles of reggae and beyond. Running the gamut from roots, steppers, rockers and dancehall,”Release from Fear” also shows DubSkin’s love for many other styles of music including hip-hop, rock, funk and more. In addition to recording ground breaking music, DubSkin has also played some of the top venues and festivals in America including Red Rocks Amphitheatre, Wakarusa, Camp Bisco, Summer Camp, Desert Rocks and more. Combining soulful vocals, conscious lyrics, catchy melodies and body moving rhythms, DubSkin is blazing a trail of their own in the reggae musical landscape