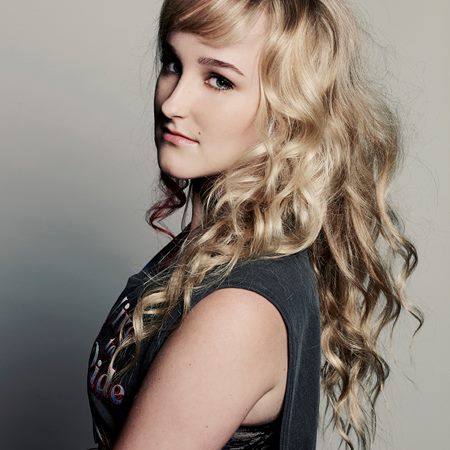 Charismatic and charming Los Angeles-based pop artist Camryn has played to packed houses across the country alongside One Direction, Greyson Chance, and Cody Simpson. Billboard dubbed her an “Artist to Watch” as part of their 2012 “Bubbling Under” feature. She became the #1 indie female artist at Top 40 radio on the strength of her single, “Set The Night On Fire”. Plus, she’s amassed a staggering following of over 1.5 million Facebook fans and 240k Twitter followers.

Camryn always knew what she wanted to do. “I realized that I loved to be on stage very early on,” she says. “I told my mom that I was going to be a singer. That was it. I was so determined to make this my life.”

After recording her first demo, she started to turn heads locally and on a national scale. Simultaneously, she became obsessed with the likes of Avril Lavigne, P!nk, and Mariah Carey. Along the way as she got more into music, Camryn developed a personal and powerful sound of her own that didn’t cater to merely one style. However, there’s enough attitude and heart to spare.

“I don’t want to stick to one specific genre,” she states. “I want to be a little bit of everything. My music is pop, dance, and rock. As long as it stays stuck in your head, that’s the most important thing.”

Her single, “Now Or Never”, will certainly do that. Boasting hard-hitting club energy, edgy guitar, and an arena-size chorus, it’s an unshakable anthem about “forbidden love.”

Camryn reveals, “As a girl, there’s always that one guy you shouldn’t be into. Maybe he’s a dork or your friends don’t like him. You know you can’t go out with him, but you secretly want to. It’s about that huge crush. You can relate to that if you’re ten-years-old or thirty-years-old. It’s really fun, but there’s a deep meaning.”

The same could be said for all of her material. She co-writes each track and imprints a piece of herself and her own experience into the music. Her edge is tangible.

“I don’t try to be something I’m not,” she continues. “Everything I put out is one-hundred percent me. It’s my crazy, fun, and sweet sides. I’m always going to be real.”

Because she is so genuine and honest, the fans will be with her for a lifetime. “I want people to be able to sing along with the songs and feel them,” Camryn declares. “I also hope they can cut loose and have a good time when they hear me.”