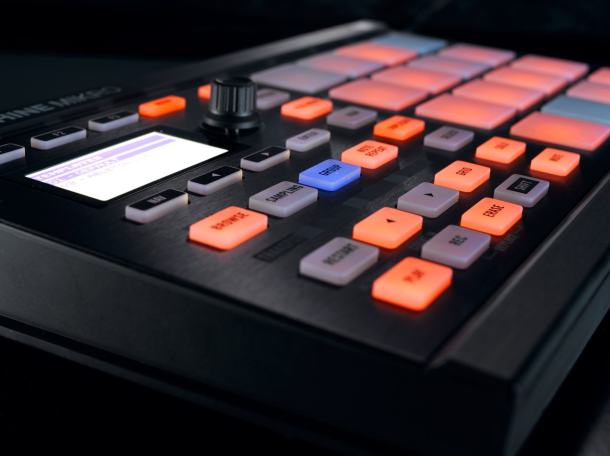 Colorado is proving itself to be a diamond in the rough when it comes to discovering hot new artists and the same can be said for hip-hop producers as well. Here are just 6 of the likely hundreds out here that we know can bring the heat when it comes to producing a fire-ass beat.

In no particular order, these are 6 Colorado hip-hop producers you need to know.

Q: You’ve produced a lot of beats for artists out here in Colorado, which of those songs has been your favorite?

A: I’ve produced a lot of music for Adonis Fox. Any of those could be an instant classic, but my favorite is “Good Morning.” It’s reminiscent of 90s R&B combined with some millennium flavor. It has that Jodeci Bounce. There’s a track I produced with Trev Rich called “Don’t Stop.” There was a lot of controversy with that song; the rumor was that a famous rap artist had ripped off the concept and weeks later a very similar song had hit the airwaves. It could have been just a coincidence, haha.

Q: Not only do you make some dope beats, but you can also design your ass off. If you had to choose between one hustle to pursue full-time, would it be producing or graphic design?

A: My passion definitely begins and ends with designing. Whether it be drawing, painting, sculpting. Music is something I developed a strong interest for in my late teens and decided to incorporate into my business, known today as Masterz Multimedia. Currently I pursue freelance graphic design full time and have worked with many great companies, entrepreneurs and Musicians extending from LA to the UK. My daily Life is very inconsistent and that is something I find most appealing as a creative type. One day I could be working on someone’s Album cover, the Next day I could be designing the UI for an innovative mobile app. I consider Music to be more of a vessel to channel my creativity elsewhere. Through the 8 years of producing music I have laid down nearly 60 Solid tracks and Sold a handful with 1 Major Placement being Chamillionaire’s “ Some Things Never Change “. Oddly enough I have never perused Music Full Time or Taken it seriously until that day, All credit to perfect timing.

I think today’s artist plays it safe, some of us are obsessed by mastering one thing and One thing only. I feel that waking up every day doing the same thing over and over again becomes too much of a Job which defeats the whole point of being an artist. If you’re a Painter learn to play piano, If you’re a Singer learn to shoot photography. Your creativity will broaden and explode.

Expressing yourself through various Mediums is in my opinion very important as an artist. If you’re not growing daily or pushing yourself you will become stagnant and your Creative juices will seize up. I’ve always had a Bit of a sporadic mind, Sometimes I will be Mid Cover art design and Hear a melody in my head and I immediately Open FL studio to lay down the chords, Vice versa. If I were given the ultimatum between Music or Designing I would have to stick with Designing 100%. I am Extremely passionate for what I do and wake up every day excited to tackle something Brand new. I encourage others to do the same, Expand your mind, Don’t wait for inspiration to come Knocking. Be veracious with your appetite.

Q: What mainstream or underground producers have inspired (or do inspire) you and to what effect?

A: Throughout my life I’ve been influenced by many musicians and genres of music.

From a musical standpoint I think Pharrell and Jazze Pha have made the most impact in me.. their musicality is just outstanding. From their voicing / their instrumentation and overall orchestration is by far superior and has stood the test of time… Records like Excuse me Miss (Jay Z. Prod. Pharrell) Area codes (Ludacris Prod.Jazze Pha) are recognized to this day…

From a hit making standpoint I think Max Martin is by far the best and most influential producer in the last 20 years… Any Backstreet boys, Britney spears, n’sync, all the way to Taio Cruz and Katy Perry to Taylor swift…. The man is a hit machine… He incorporates tons of genres together into one and makes hits… Pure hits…

I think currently with the internet and social outlets and the tremendous amount of new content constantly being pushed out it’s been hard to find a sound and producer that really is making a impact..In the last 6 years we’ve gone from Lex Luger to jahlil to T minus to Mustard to Mike will to now Metro Booming… Constantly changing…. Great producers… But not quite as influential to the genre just yet…

Q: What made you want to pursue producing to begin with, and how long did it take for you to get good enough for people to start noticing?

A: My family has always had a love for music I been around it all my Life.My older brother used to mess around wit DJ Programs & FL Studio.
I always was the most creative kid out of all my peers. I always seen things different even till this day. From writing to art I aways used creativity as a way to express myself. It wasn’t until I seen DJ Paul & Juicy J on MTV making beats that i tried to give it a shot. It took forever. My first beats were terrible. This was in 2006. it took months before I could even get the basics down. It was when I seen people’s reaction to the music I was creating what made me pursue it more. Even though I thought what I was making was trash. People loved it! Fast forward after a few years of practice my aunt pointed out that I spent so much time on FL Studio. This was when I realized I had a gift & that I can really make an living off this. That turned me into a monster I spent years on years trying to make my own sound and perfecting it. Examining and studying all the greats in all music genres and art in general. It’s all just expression. It’s much bigger than just bass and sounds to me. It’s about the energy and vibe your giving off. I began releasing music on the Internet and pushing my beats around 2009. It was hard I thought about quitting a thousand times but I’ve always believed in myself through the adversity. The word spread fast locally. It was crazy to just see how much people loved my music. It was the supporters & music lovers that convinced me I’m the best at what I do. I seen how they react to other producers stuff and then how they reacted when I would play my beats. It wasn’t until 2011-2012 that I started to gain nationwide/ worldwide attention & placements with notable artist. It’s just a blessing man. I always kept my faith and I always put 100 percent into everything I do. It’s crazy now. but at the same time I always knew that this is what it’s supposed to be. I’m still humble and learning more everyday and growing as an artist.

Q: Do you feel like moving out of Colorado allowed your career to progress much more substantially than it would have had you stayed living here?

A: Yes, my career has substantially advanced by leaving Colorado. I have mad love for Colorado, however I hit a ceiling there. I toured and performed at nearly every major venue in the state, including halftime at the Lakers / Nuggets game. I released and sold numerous singles, albums, and mixtapes in Colorado. I also collaborated with many Colorado artists over the years. The issue became, there was no one in film, TV, or at record labels to meet with. I also couldn’t find any investors to fund my bigger vision, who would take entertainment seriously in Colorado. In Hollywood, I run into major artists all the time, some of the top music studios in the world are just a short walk away, and the resources are plentiful in terms of collaborations. I also get more placements in film and TV as a result of being in California. In addition, investors love our mission and what I’m doing in regards to education and putting out wholesome, inspirational music. Overall, I’ll always appreciate the time I spent in Colorado, as well as the people there. I’m glad I made the leap of faith and moved myself and my team to Hollywood. I’m not saying Colorado can’t or shouldn’t be the place for an hip hop artist to take off on an international level and hit big mainstream success. There are major artists that come through the Rocky Mountains. I also looked at moving to NYC and Miami. I felt Hollywood was the best overall for me personally. Shout out to the CO!

Q: You make some of the coldest beats not just in Colorado but PERIOD! How much effort do you put into getting them into the hands of mainstream artists?

A: Most of the time I just get lucky when they hit me back via email. I just shout-out and email my work and hope for the best. I’ve invested a lot of time and equipment into my music, always trying to figure out new ways to be creative and weird, but not too much because I have to balance out my weird noises with the sounds today that people are used to hearing.

I put my everything into my craft because its the only thing that I can escape too, there’s so many different ideas that you can mix together and form one. I try my hardest not to get distracted and waste my time, music is a way to waste time but expect time back you know?

Who are we missing? Post links to their beats in the comments below.

Y’all should have considered E. Jacobs. he’s been putting in work soundcloud.com/evanbreazeale