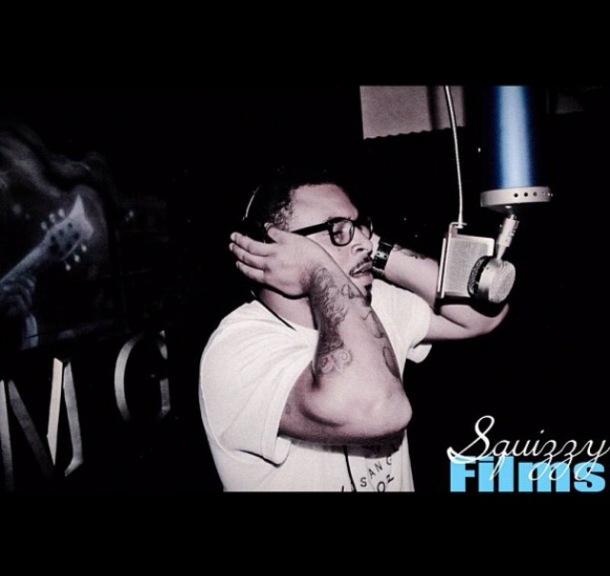 A few months ago, I reached out to Jimmie Murphy following his comeback from ‘retirement.’ As a part of the super talented Squizzy Gang (SG), I was surprised by the decision to retire at a point in which he seemed destined for greatness along with his SG comrades. The Colorado native can spit a sixteen better than most rappers but is even more talented at serenading a microphone with his smooth singing. I was absolutely delighted at B.More’s decision to come back, and although all has gone quiet from both of us since this interview took place, I’m extremely excited for anything Jimmie has in store for us in the future.

Lee Hawthorn: You recently returned from a short-lived retirement, however it was never made entirely clear why you went on a hiatus. What made you give up music?

Jimmie Murphy: I gave up music because I felt as if I was at a stand still in my career. I felt that I had reached my peak and couldn’t go any higher from where I was at the time. I lost hope but I prayed about it and had some good people around me that wouldn’t let me let it go.

It’s safe to say many are happy to see you return, what did you do during your time away from creating music and what made you consider a comeback?

Jimmie: I really just continued to write and just connected with my inner self. Family and friends pushed me through it though and I couldn’t be more thankful

Prior to your retirement, you released “Sincerely Jimmy” which has since been deleted from your own and SCB promotions Soundcloud stream, why did you decide to have the track deleted?

Jimmie: I deleted it because that sad bitter chapter in my life was over so I felt that it was necessary.

When you announced retirement, one of the first things I looked out for was the reaction from your fellow Squizzy artists. How long have you known Trev, AP, LKeys etc? Were they a key reason in your return?

Jimmie: They were definitely a big part of me making music again. Those are my brothers so they know me very well. I think they knew I was gonna come back so they just supported me and let it blow over. But I’ve known guys for years! Blood couldn’t bring us closer.

Do you think we will ever hear a collaborative Squizzy mixtape?

Jimmie: Honestly I think there will be a squizzy mixtape once all these Hollywood niggas stop with the shenanigans [Laughs].

Being from Colorado, a state in which no urban artist has made it very big. Do you think its harder to break out to big success than the likes of New York or LA or do you think its easier because there isn’t as much competition in CO?

Jimmie: It’s definitely harder but it isn’t impossible. Once Colorado gets over the hating mentality it’s possible. I think Denver he the best music around so I think the competition is the same Its just a lot more people in those states.

Aside from Squizzy, who do you think is currently the best artist in Colorado from any genre?

Jimmie: Aside from Squizzy I would have to say Adam Duncan would probably be my favorite out of Denver.

I recently discovered an old cypher on YouTube comprised of Colorado artists, would you be willing to contribute to a cypher? If so, who would you like to join you?

Jimmie: I would love to do a cypher! And my cypher would consist of all my Squizzy brothers Afox. Ray reed, PC, FL of Food Chain and Lpeez

Your have more pseudonym’s than any other artist I’ve come across. I’ve seen you called Jimmie Murphy, B.More and Jimmy Mack and then variated spellings of each…What do you consider your stage name to be now? Why do you have so many?

Jimmie: My stage name is Jimmie Murphy. My previous stage name was B.more and that was because I’m from Baltimore, MD. Jimmy Mack was just a name I put up on my twitter. My dad and uncle use to call me Jimmy Mack when I was a kid but that’s very irrelevant to my music.

What are your aspirations for the near future. Life as an artist is a hard struggle particularly at the start of a career. Now that you’re back, what do you hope to achieve within the next year?

Jimmie: Within the next year I’m going to let God take the wheel and let my music carry itself.

You’ve named Prince as an influence in the past, would he be your number one dream collaborator? If you could pick five collaborations for a future album, who would it be?

Jimmie: Prince is one of my biggest influences most definitely! If I had to pick 5 people though it would have to be: Frank Ocean, Prince, Jay-z, James fauntleroy and Maxwell.

In “Sincerely Jimmy” or at least on Twitter at the time of it’s release, you announced “Descendre 2” would never be released. Has that changed now that you’re back? Can we expect Descendre 2 or at least another mixtape? If so, when?

Jimmie: There will be a project to drop soon. That’s all I can say. [Laughs]

Hello. I'm Lee; a nineteen year old with a dream of conquering the music industry in any and every way possible. Started out blogging as a hobby, now I'm becoming better known for my citizen journalism and branching out into different things such as working as an executive producer for a mixtape recently. Studying Film and Media at University, just in case it turns out I'm not all I'm cracked up to be.
7 years ago in Below The Surface