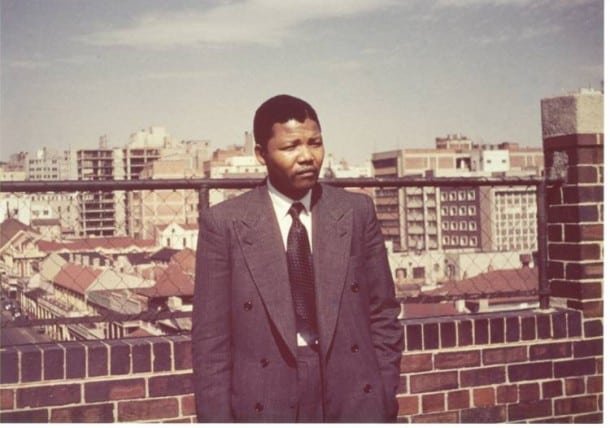 Rockers Movement has partnered with Inity Weekly to unite Denver’s diverse communities in the spirit of service and as a plea to “increase the peace” at this year’s Nelson Mandela Day celebration. The event will be held on Friday, July 17th at 7 p.m. at Casselman’s Bar & Venue in Denver.

They will be supported by The Reminders, the dynamic Colorado based conscious hip-hop act recently featured in the Denver Post, and DJ Milky Dubz.

All acts are known to instill positive and intelligent lyrics into their music, and their contribution to this event will surely catalyze a spirit of positive activism.

It will be The Akae Beka’s first show since what Vaughn Benjamin described as a “life changing last few months” after postponing a tour earlier this year with Midnite.

He says that life changes, convictions, and revelations compelled their new name The Akae Beka, and believes that Denver’s Mandela Day celebration is the perfect platform to debut the new moniker, which falls right in line with their aspirations to educate and encourage activism.

The night will also feature a poetry segment, as well as a live art painting demonstration, all in honor of the fight for justice and the spirit of service that Nelson Mandela committed to others.

Mandela International Day was launched in recognition of Nelson Mandela’s birthday on July 18, 2009 by a unanimous decision of the U.N. General Assembly. It was inspired by a call Nelson Mandela made one year earlier, for the next generation to take on the leadership role in addressing the world’s social injustices.

In its first year, the Mandela Day celebration in Denver received a great deal of positive press coverage. Rockers Movement and Inity Weekly received accolades for taking Denver’s thriving live music scene and adding to it a beautifully executed campaign before, during, and after the event that promoted a spirit of service and community.

Now more than ever, it’s crucial to instill a sense of hope and to encourage leadership that will effectively stamp out injustices.

Rockers Movement and Inity Weekly joined forces in 2014, as their ideals for positive change were in line by utilizing the arts as a tool to unite the people.

They are proud to be a part of the Denver community and are grateful for the support received at the 2014 Mandela Day celebration.

They are looking forward to growing the event every year, and more important, increasing the impact the event has on the community.

Advance tickets for the celebration are currently on sale, and can be purchased online at Casselmans.com. General admission tickets are $25. Ticket prices are subject to change and cost more at the door on the day of the event.

For more information about Nelson Mandela Day and Inity Weekly visit www.inityweekly.com or our partner Rockers Movement at www.rockersmovement.com.

MileHImusic.com is Colorado's premier site for all things music. Our mission is to bring recognition to local artists, and also serve as a medium to connect Colorado to the hottest artists across the nation. To accomplish this we present one-on-one interviews, artist & song reviews, featured downloads, a concert calendar( AEG Live & Live Nation), music showcases, as well as concert ticket giveaways.
5 years ago in Event News
denverInity WeeklyMandela Day 2015Mandela Day Celebration in DenverNelson Mandela Day 2015Reggae in ColoradoRockers Movement